The Arun Valley is a hotspot for breeding waders.  Its cattle grazed floodplain pastures and extensive ditch network provide ideal conditions for lapwing and redshank to nest.  Many farmers in the Valley are signed up to agri-environment schemes where they agree to undertake beneficial management such as extensive grazing, water level control and scrape creation to help improve the chances of nesting success.

Since 2017, the Arun to Adur Farmers Group have been involved in an annual survey to try and establish the number of waders nesting in the Arun valley each year.  This involves up to five surveys of likely areas, undertaken by volunteer surveyors, from RSPB Pulborough Brooks down to Climping.  As well as the formal volunteer surveys, farmers also submit sightings observed whilst out and about on their farms.

In February this year, participating farmers, advisors and surveyors met at the Wildfowl and Wetlands Centre in Arundel to discuss the 2019 results and how they could be used to inform future management.  During the three years of results so far, it has become evident that the birds do move around depending upon conditions, so one field that held numbers of birds the previous year may have relatively few or even none the year after.  By all coming together to look at the results, it allows everyone to see the bigger picture of how the valley performed as a whole. 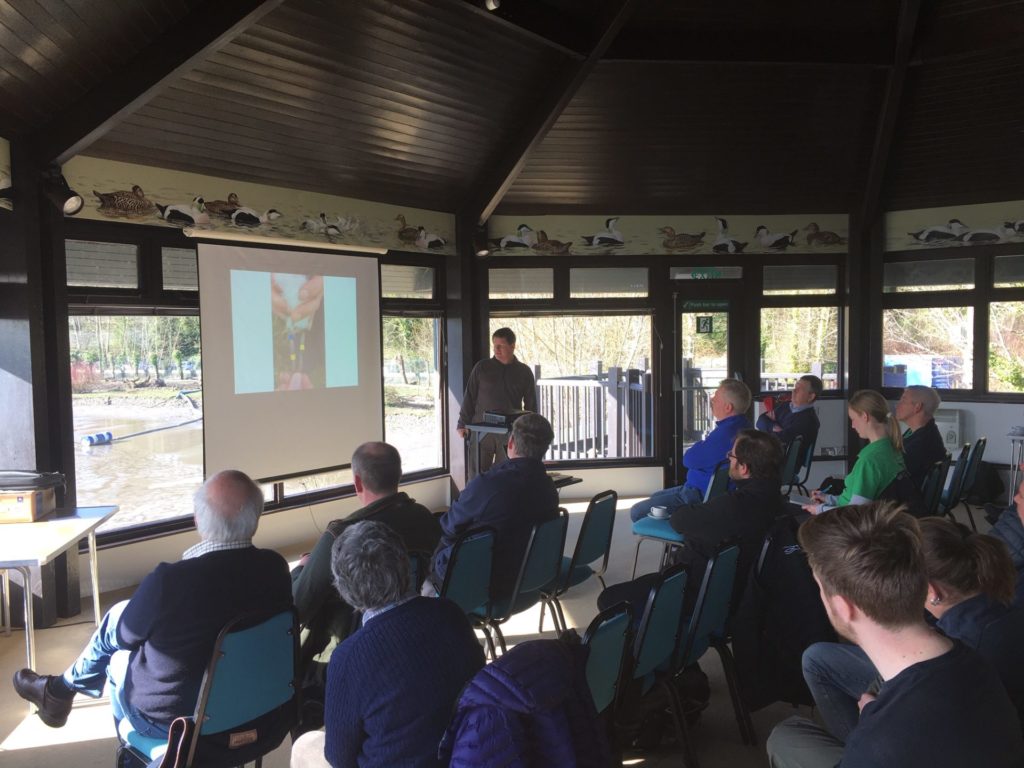 Farmers, Advisors and Surveyors gathered at the Wildfowl and Wetlands Trust centre in Arundel to review and discuss the 2019 results

In 2019, 65 lapwing pairs and 15 redshank pairs were recorded within the survey area.  This compares to 58 and 12 respectively in 2018 and 60 and 0 in 2017.  As well as the numbers of nesting birds, the numbers of fledged chicks are also counted, although this is much easier said than done!  In 2019, the lapwing productivity rate (number of fledged chicks per nesting pair) was 0.25, down from 0.93 in 2018 and 0.53 in 2017.  Research suggests that lapwings need to produce 0.7 chicks/pair to be sustainable, so there is definitely work to do here!

The numbers of nesting pairs of lapwing and redshank certainly show signs for optimism, although more years of data will be required to identify any statistically significant trends.  The lapwing productivity rate does show cause for concern, although there are many variables to consider, not least actually trying to find and prove how many chicks make it to fledging each year.  At the meeting some ideas were discussed, such as surveying from a vehicle and counting from fixed points, which we hope will make this process easier and more accurate in the future.

Following an interesting session looking at and discussing the results, the group headed out onto a farm to look at how some of the fields are being managed.  The site in question had recently entered the Countryside Stewardship Scheme (CSS), which included some work to improve the ditches and scrapes in one of their best fields for breeding waders.  Owing to recent rain, water levels were high, but it was clear that the work undertaken the year before had created some good breeding wader habitat.  The presence of a small group of lapwing during the visit confirmed the birds were in the area. 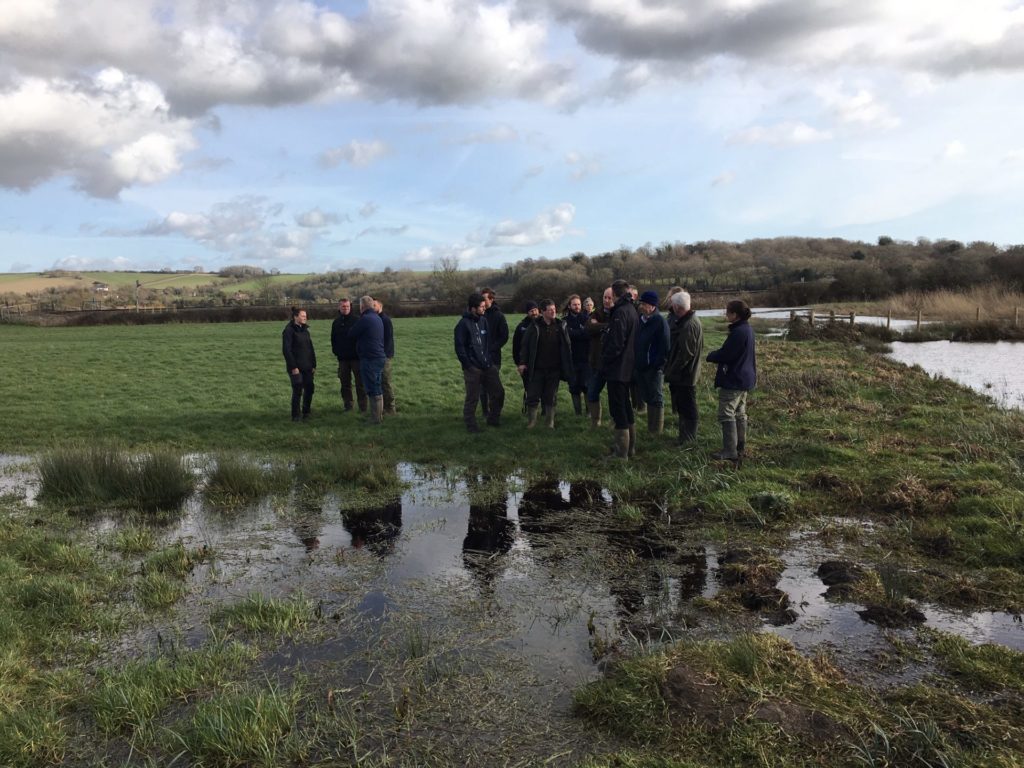 A visit to a near-by farm allowed the group to look at and discuss suitable in-field wader management.  Recent rains meant that the new features were holding water!

The event provided a useful opportunity for all involved to catch-up and discuss the project.  As well as talking about results and how to improve in the future, it was useful to see some of the important habitats and how they can be practically managed on the ground.