Since 2014 a survey has been running across the South Downs National Park to track numbers of priority farmland birds such as skylarks, yellowhammers and linnets.  All of these species are dependant upon farmland and the various habitats that it provides, many of which are sown/created and managed by farmers.  The information gathered can be used to inform these actions and target conservation action in the most appropriate areas.

Coordinated by the South Downs Farmland Bird Initiative (SDFBI), the survey is undertaken by volunteers who are each allocated a randomly selected 1km grid square.  The volunteers use public rights of way to undertake two morning surveys, one in April and the other in June.  They aim to walk two transects across their grid square noting the type and numbers of birds they see along their route.

Once the surveys are completed, the results are collated and mapped to show where the priority species were found.  In 2019, 121 1km grid squares were surveyed.  The following maps show some of the results…. 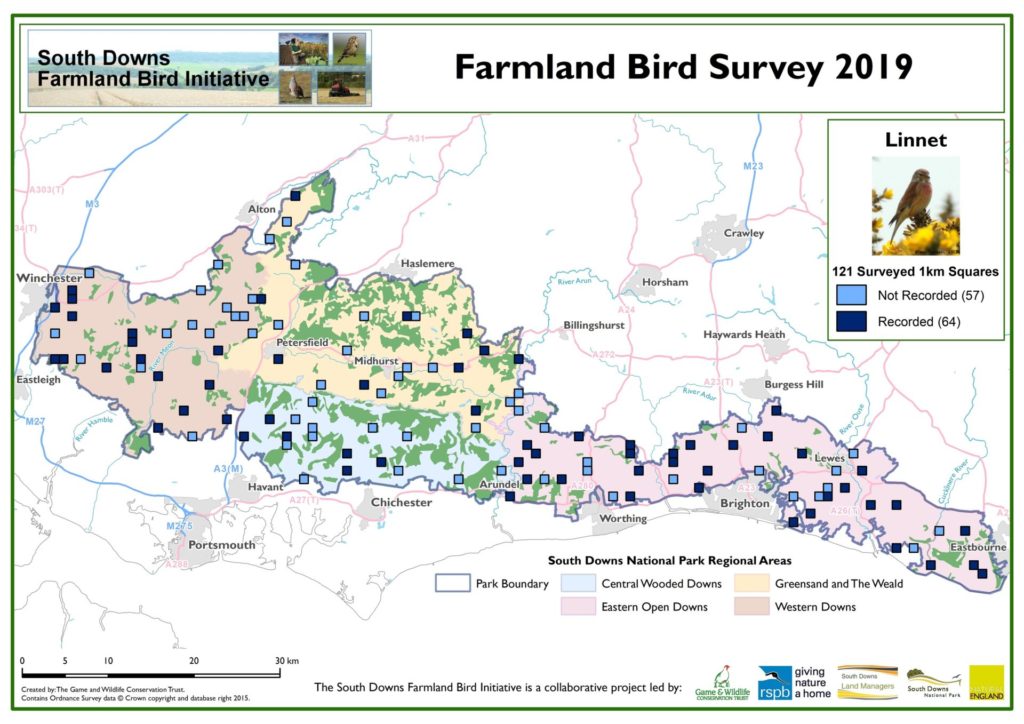 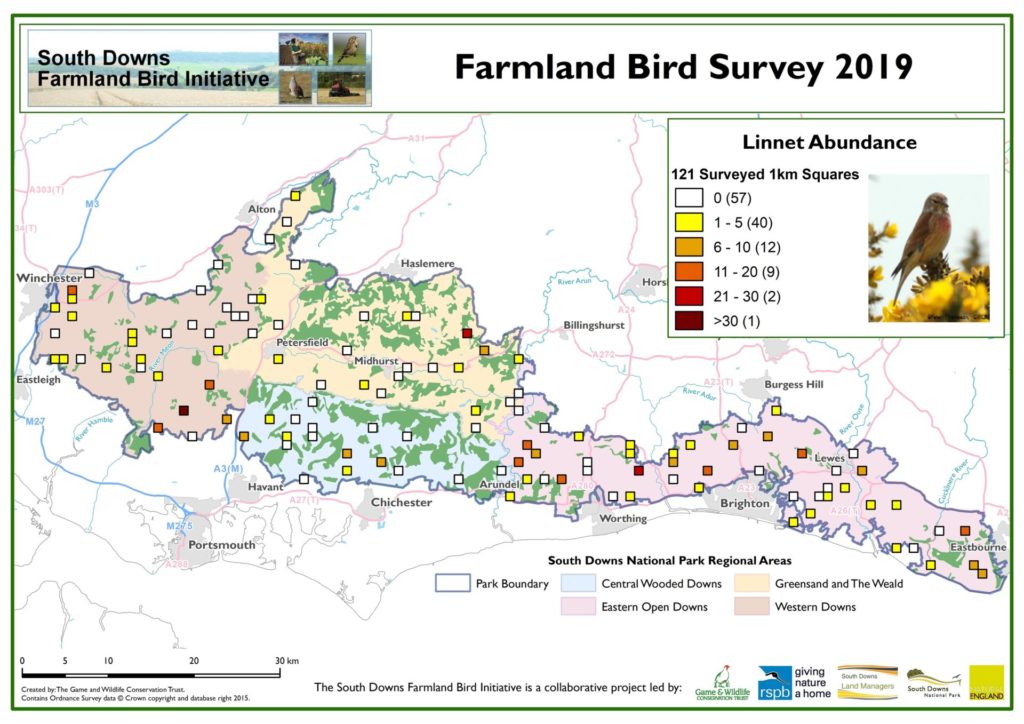 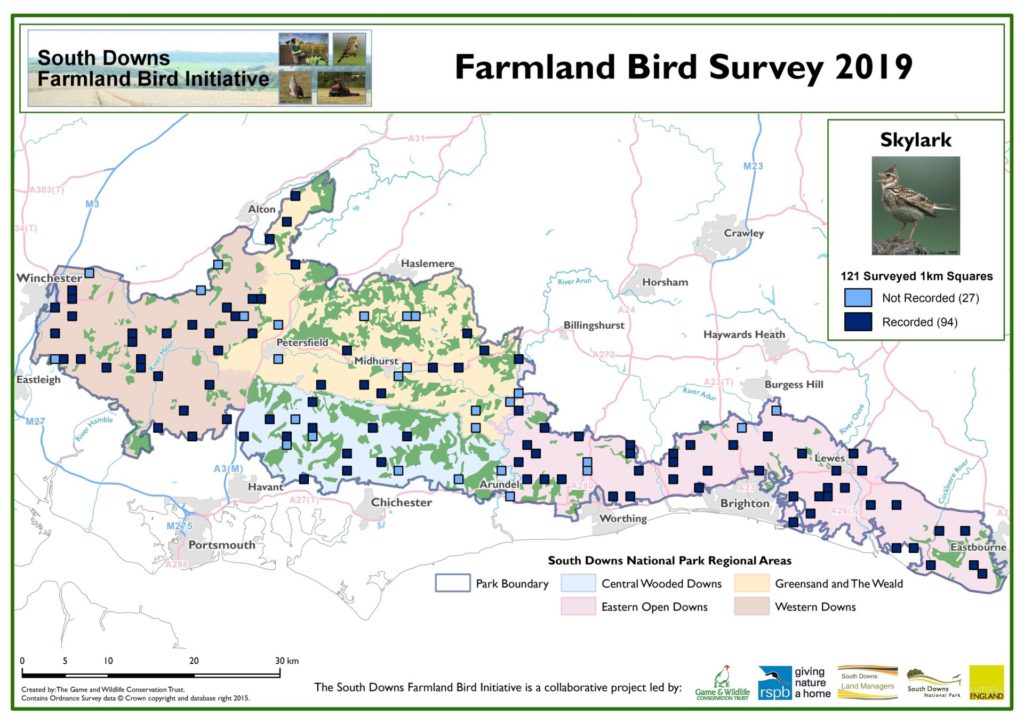 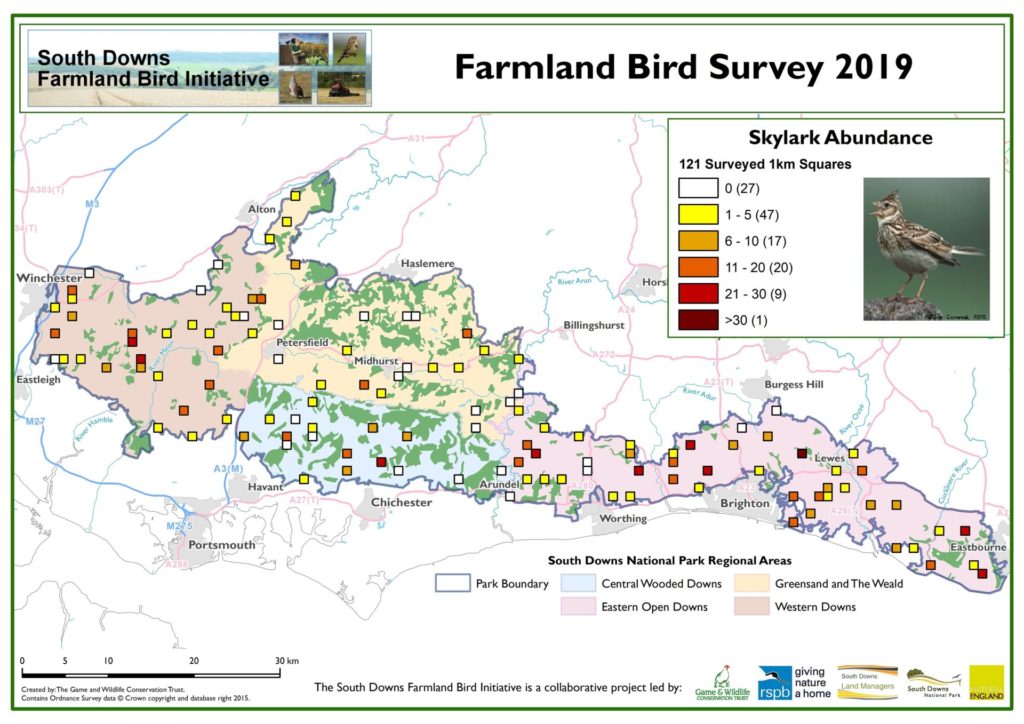 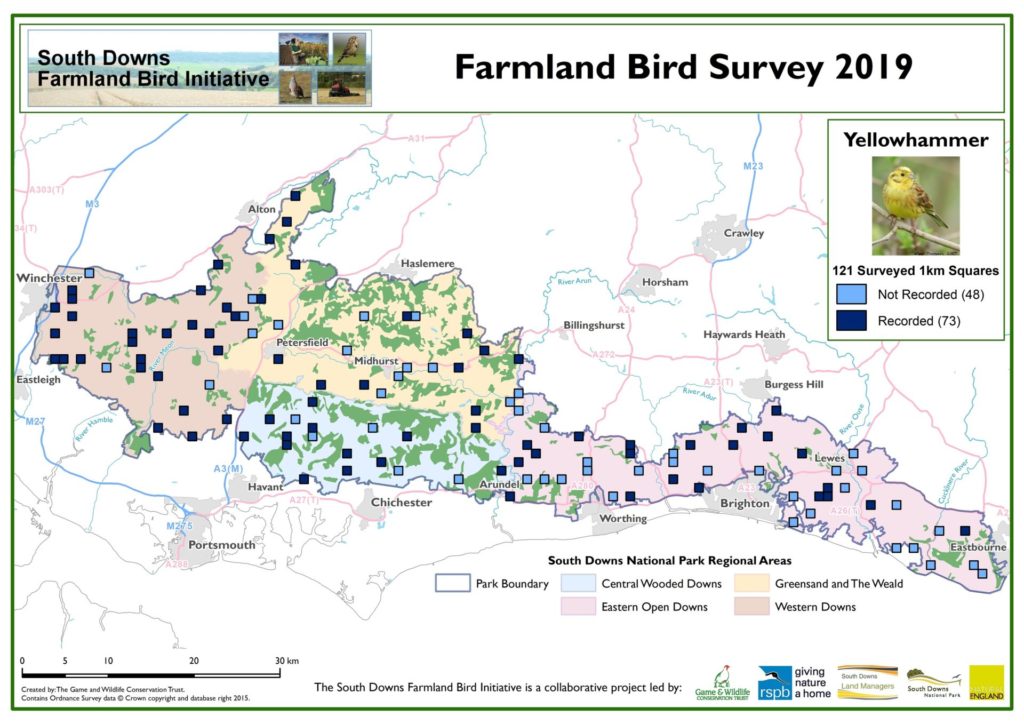 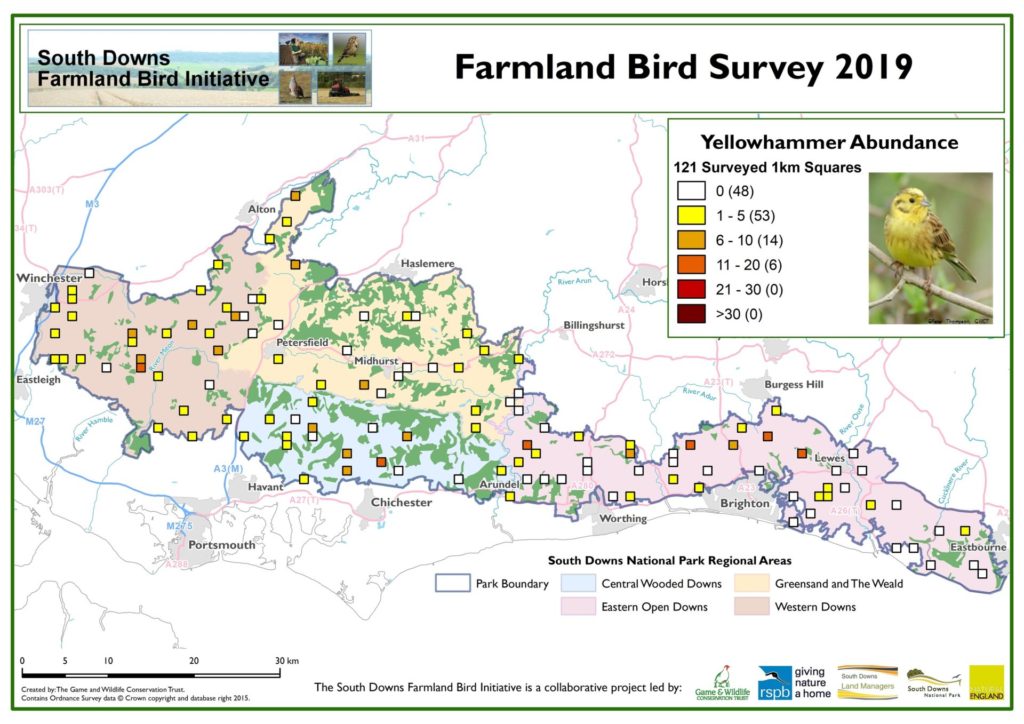 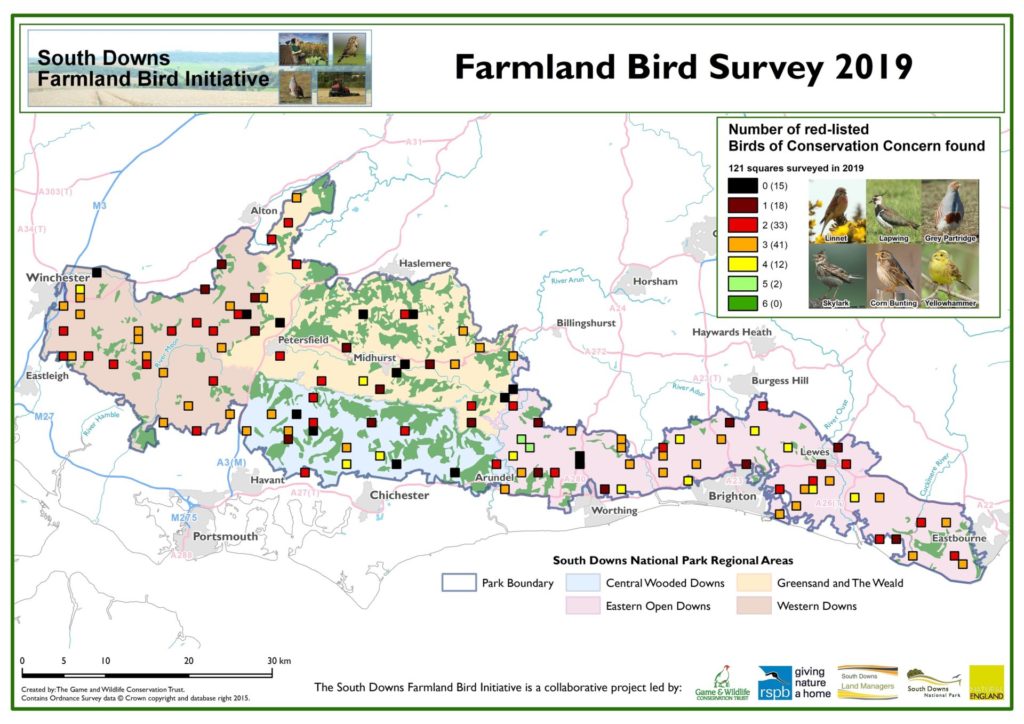 As well as the maps, it is also possible to calculate the percentage occupancy of squares for each species and also the average density of birds per occupied square.  This is shown in these two graphs: 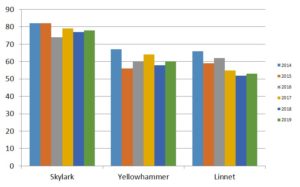 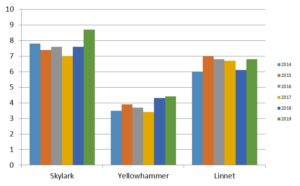 Average density (no. of individual birds) within occupied squares

Although it is tempting to look at the graphs and identify trends, it is too early to do so at this stage.  We really need seven years or more of survey data before any robust conclusions can be drawn.  Now well established, the survey is set to continue, so watch this space for future findings and updates.